Following the success and great feedback from our previous cocktail menus, the Turpin's crew have been at it again. We are proud to present our Cocktail Menu Vol. 6.

We have put a lot of effort into the menu and had the 'hard' job of experimenting and tasting various twists, creations and takes of many cocktails, all for you, the customer. Amongst the fun part of making the cocktails, the team have been searching far and wide to present the best cocktail menu to you that we can, including some classics, twists and some great in-house creations.

We are positive there is something for you on the menu, however we are more than happy to help create your perfect cocktail as long as it doesn't have a 'woo' or 'beach' in the name. We hope you enjoy our drinks but more importantly, enjoy yourselves.

A Tale of Dick Turpin

I don’t have a drinking problem ‘cept when I can’t get a drink.
~ Tom Waits

99% of all problems can be solved by money - and for the other 1% there's alcohol.
~ Quentin R. Bufogle

Moving into our next section... Rum

Now onto our Gin selection... 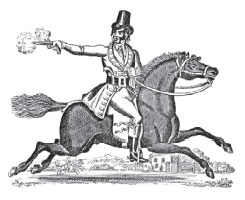 And now for some… Whisk(e)y

I drink to make other people more interesting.
~ Ernest Hemmingway

Too much of anything is bad, but too much Champagne is just right.
~ F. Scott Fitzgerald

To me 'drink responsibly' means not spilling any.

If you are spirited enough... try one of our Mocktails

If you drink, don't drive. Don't even putt. ~ Dean Martin